The photographs within this collection have been very kindly supplied by Peter Roberts from Mount Isa in Australia. The photographs are from an album belonging to Alfred Saville and Peter found them while sorting through his photographs following Alfred’s death. It is assumed that Alfred was part of the British Army contingent that took part in the Suez Crisis as they show British troops disembarking from RMS Ascaniain Malta, in December 1956. (In 1956 RMS Ascaniawas due to be sold but the Suez Crisis gave her a short reprieve when she was used for two trooping voyages between Southampton and Malta) 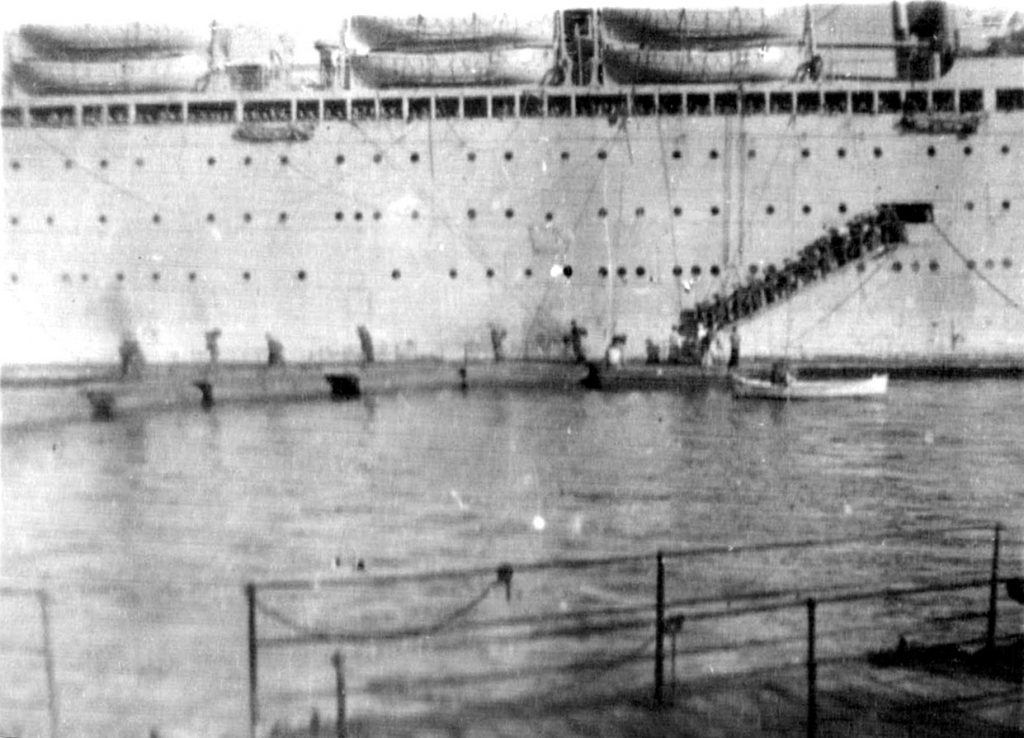 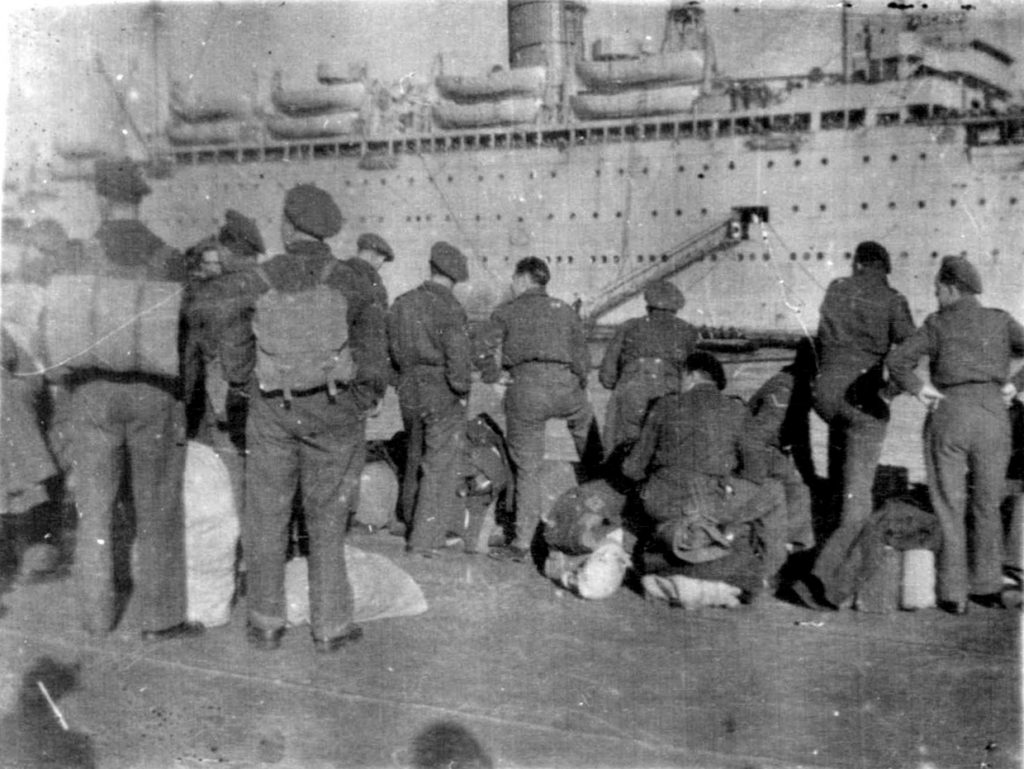 British troops look back from the quayside at RMS Ascania