Charlie Baker was a former Shipwright onboard HMS Ausonia, joining the ship in May 1944 just as the ship was preparing for her maiden voyage as a Fleet Repair Ship. He continued to serve on her out in the Far East for another two years and then, years later as a civilian dockyard worker he helped with her post war refit at the Chatham Dockyard. Charlie, who at the time was still doing volunteer work in the Dockyard Museum, soon became my Ausonia technical advisor.

Very knowledgeable on all things nautical and always happy to help I am indebted to him for his advice on specific parts of HMS Ausonia where I could find no photographic evidence or the plans were not clear. The following text was taken from his letters along with two of his detailed sketches in which he tried to answer some of my questions regarding the ship. 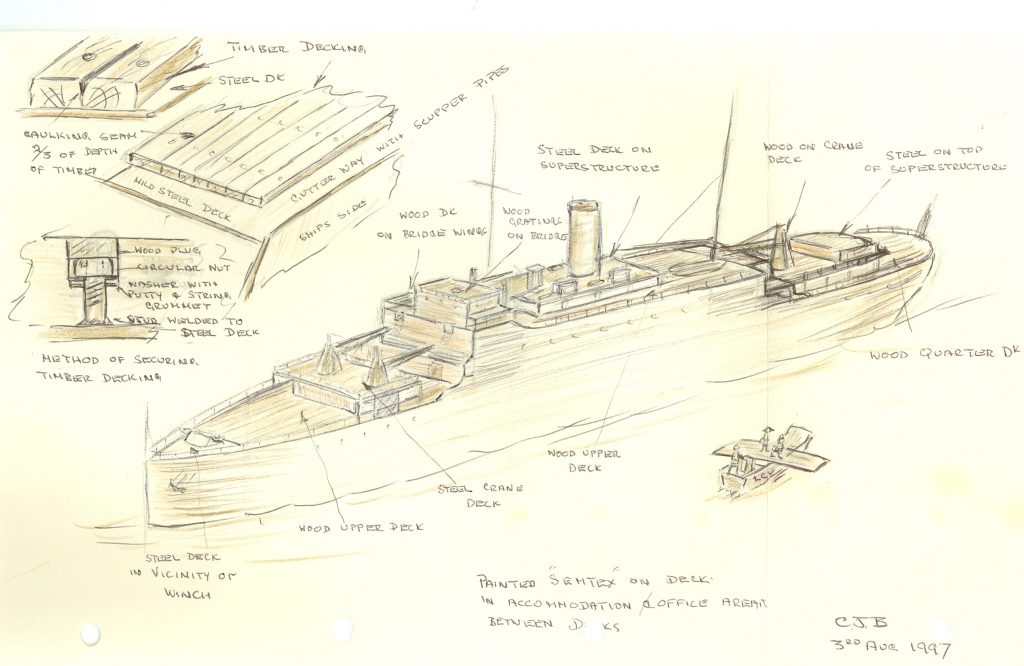 “Like most large RN ships the upper decks were wood secured to the mild steel decks, this adds insulation to the accommodation compartments below. The Ausonia had 5”x 2½” pitch pine timber on most of the main upper deck with bare steel left forward in the vicinity of the winch.”

“Structure changed dramatically during refits; one such change was made during the 1944-46 period. We had a very large derrick on the after boat deck, during post war refit this was removed and a large crane fitted in lieu as seen on Alaunia. Very large alterations were made converting from AMC to repair ship. One deck was cut out and the ships side plated in between the forward well deck and the after crane deck to accommodate the heavy plate shop.”

“On top of the superstructure, gun platforms, forward crane deck etc was left bare steel, bridge wings were covered with wood, open bridge and monkey island had wood gratings. The wood decking was secured to the main steel structure with studs welded to the deck, a 12” gutter way was left adjacent to the ships side for drainage and also allowed the attachment of guard stanchions etc to be secured. Between decks passage ways, workshop etc were bare steel, accommodation offices etc were painted with “Semtex” and the bathrooms etc had unglazed tiles.”

“When in harbour the anchor was taken to the “cathead”, the anchor is released from the cable. The cable is then lowered to the buoy and the blacksmith then secures the cable to the buoy by a very large anchor shackle. After method of securing is about the same a cable is taken direct to the buoy, as there is no anchor to cat.”

“The large white square at the foot of the after mast seen in the photograph is the portable cinema screen that we made ourselves. This was only temporary and always removed at sea or in bad weather.” 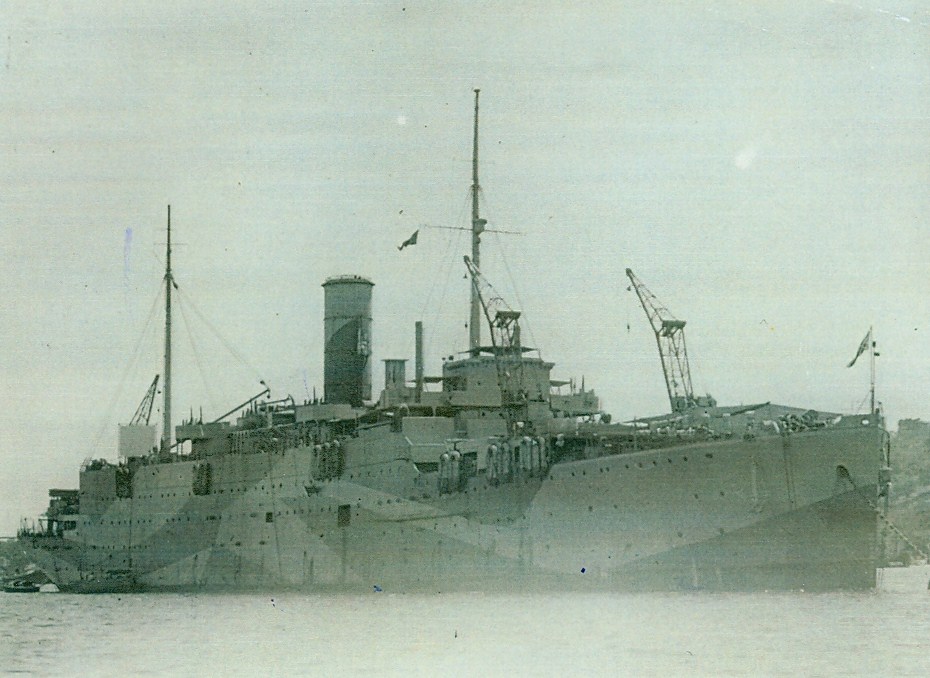 The large white square attached to the after crane jib is the portable cinema screen.

“We had accommodation ladders port and starboard, quarterdeck but only one at a time, we changed them every few weeks due to the worms eating the lower ends of the ladders, we would bring them onboard for preservation.” 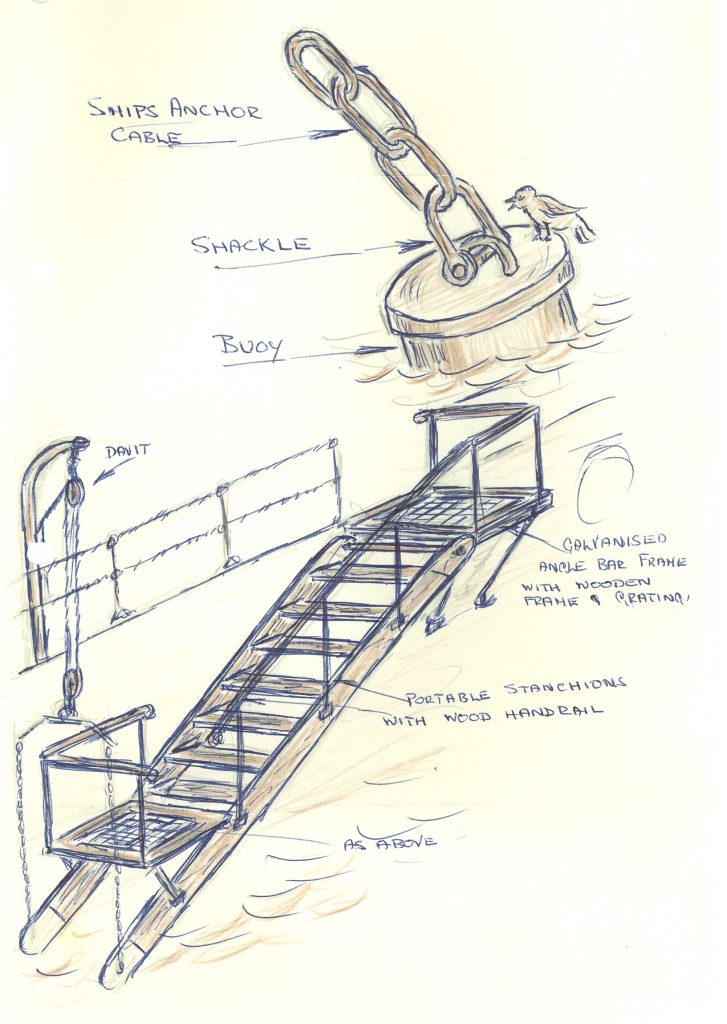 His memories of the ship are included in the Anecdotes & Memories page.