“An amateur historian is an historian nevertheless”.

Acknowledgements: In 1945, the Heavy Repair Ship HMS Ausonia had a compliment of some 592 officers and men; one of which was my father, Electrical Artificer, Petty Officer Ronald Herbert Ryder E.A. (CMX748364). My interest in the ship stemmed from his collection of aged photographs and memories from those days. As a keen ship modeller, I decided to take up the challenge of scratch building a scale model of the Ausonia, portrayed as she would have appeared when my father was serving on her, in late 1945. 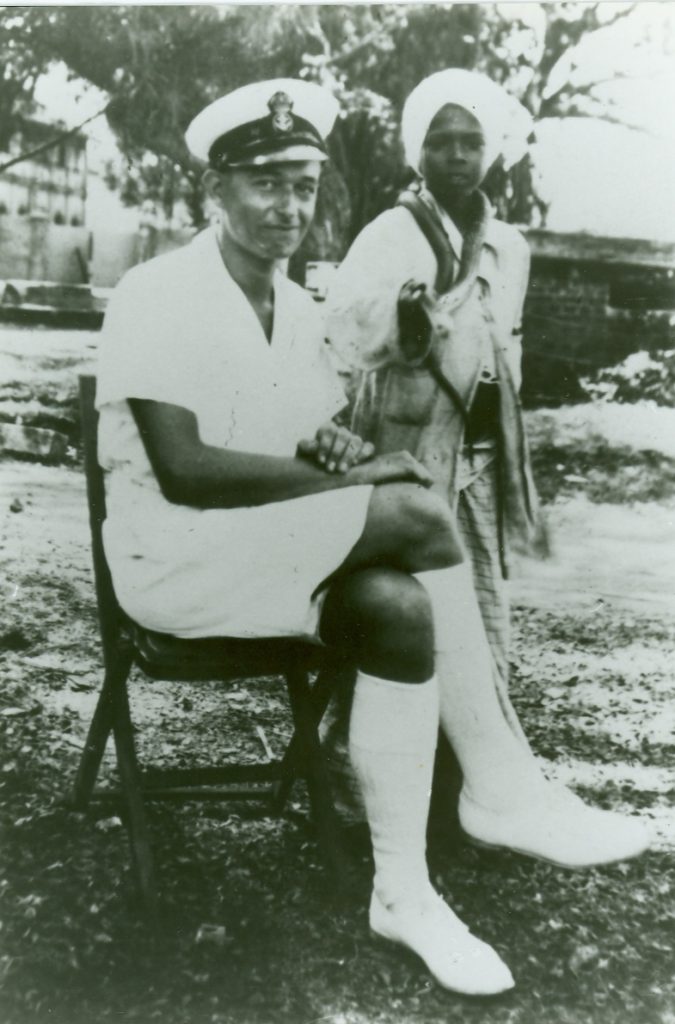 I am indebted to the numerous old HMS Ausonia ship mates who in 1997, responded to my advertisement in the Navy News requesting onboard photographs of the ship as she was in 1945. My interest then was solely to gather as much information as possible to enable an accurate scale model of the ship to be produced.

Most former crew members of the wartime Ausonia remembered the ship with fondness but unfortunately had very few photographs to offer, for obvious reasons “it being wartime and all”. Each new letter that arrived was scrutinised by my father and as a result he started several correspondences with former shipmates, but we never did find anybody from his own PO’s mess from that time.

The Ausonia was one of hundreds of ‘anonymous’ Royal Navy support vessels which served with distinction as part of the logistical Fleet Train in the Far East towards the end of the Second World War. Not considered a glamorous warship, there is little official information available and even less photographic history of the ship at this time, as understandably most people were interested in the big battleships and cruisers at the sharp end.

With the death of my father in 2010, I realised that I should attempt to collate and record all the information that I had gathered over the last twenty years, as with no association or society for the Ausonia, this might be lost forever with the passing of her crew.

Considering her 44 years service under both the Red Duster and the White Ensign, the former crew members of Ausonia, must realistically number in their many thousands. 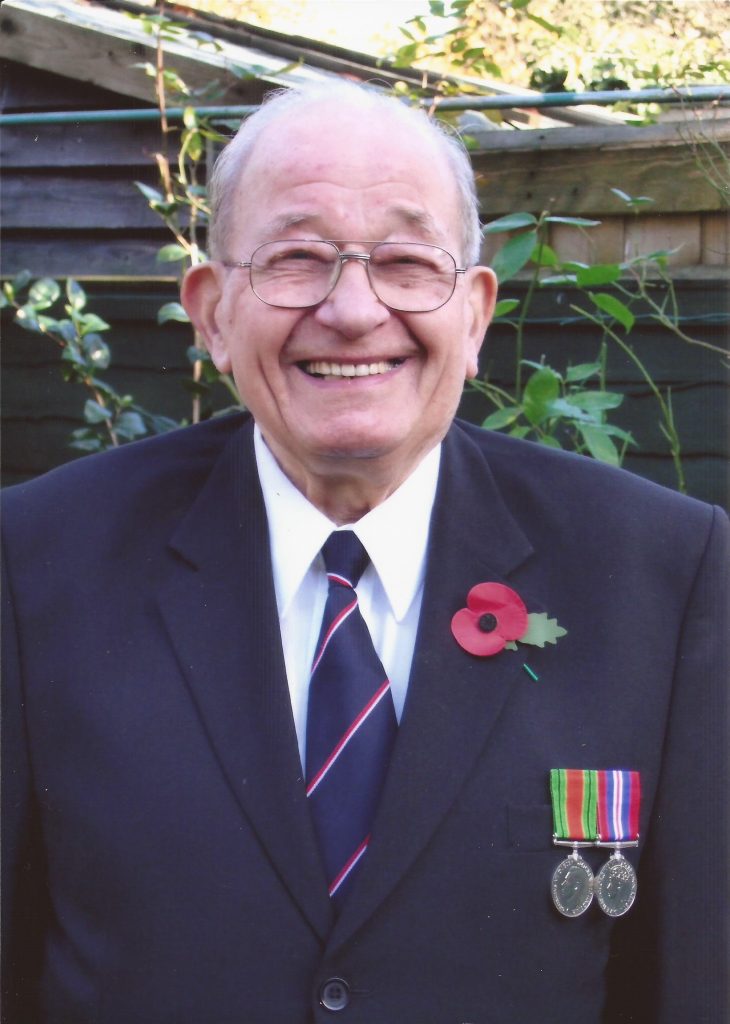 Ron, ready for Remembrance Parade in 2009.

Three generations of the Ryder family, Ron, Pete and Sam. This was the last time that we were all together and was taken at Ron’s ninetieth birthday bash in 2010, shortly before his death. 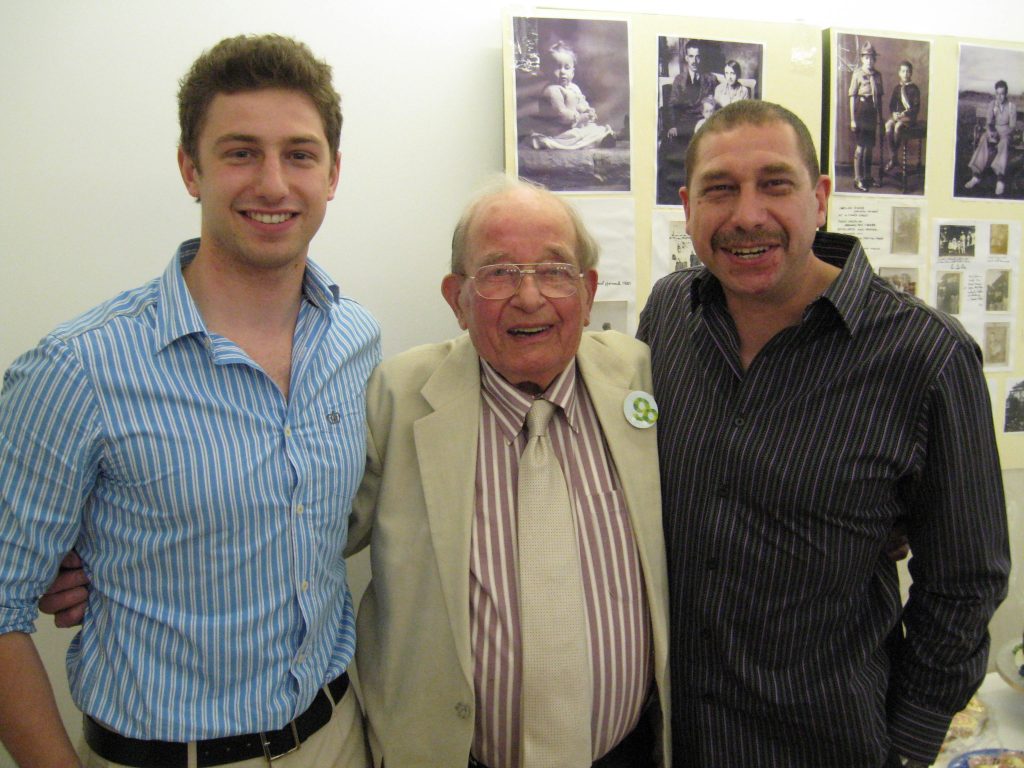 Sources:  I am indebted to the following former crew members of HMS Ausonia, HMS Alaunia and HMS Artifex for making their photographic collections available, supplying information and sharing their memories of these ships with me; C Baker of Gillingham, E Willis of Canterbury, W.C Bothwell of Edinburgh, W.E Jones of Pontypool, F Cook of Kingsheath, R Johnson of Stoveley, L Hale of Ely, R Elliott of Stockton-on-Tees, F Little of Grays and I Sefton of Vienna.

Photographs have been credited to the appropriate copyright holder where possible. Ship histories have been taken from several sources, but mainly from the excellent book written by Neil McCart, “Atlantic Liners of the Cunard Line” published by Patrick Stephens Limited and the Cunard Line Heritage website.

Disclaimer: This website is a “work in progress” and therefore new information and photographs relating to the Ausonia and her sister ships will be added as and when new or more accurate information becomes available. Any errors in the data are both unintentional and my own, I welcome any information that adds to the knowledge base.

Web design: Created by Sam Ryder ( www.ryderdesigns.co.uk ) our objective has been to keep alive the memories of HMS Ausonia and her former crew for future generations by creating a site that is easy to use without the overhead and restrictions of a database.
If you can contribute in any way to this web site, a record of the Ausonia’s history, but especially with photographs and memories, please get in touch using peterjryder@gmail.com